The 2016 Belmont Stakes Racing Festival will be the 148th year of the Belmont Stakes, featuring three days of thoroughbred racing.

Thursday, June 9
The kickoff of the Belmont Stakes Racing Festival will occur on Thursday, June 9, featuring a full race card which includes 3 stakes races. More information on Thursday's schedule will be announced in the near future.

Friday, June 10
The second day of the Belmont Stakes Racing Festival will feature 6 stakes races, including two graded stakes.  The day will conclude with a special Belmont Stakes Eve concert.

Following Friday's final race, a stage will be set up near the winner's circle, where fans will enjoy a performance by the popular female Country Music duo Maddie & Tae.   Nominated for "Vocal Duo of the Year" by the Academy of Country Music Awards, the recording artists journeyed to the top of the charts for their hit "Girl in a Country Song" and are known for a strong, growing and highly-passionate fan base.

Scheduled entertainment for Saturday, June 11 includes U.S. Military Academy (USMA) Band musicians, who will perform the National Anthem to start the day's entertainment.  They will also conduct a special musical tribute to the men and women of the USMA just prior to the running of the Grade 1 Metropolitan Mile, later that afternoon.

Fans will also enjoy a performance from the highly-acclaimed Broadway hit, Beautiful - The Carole King Musical on Belmont Stakes Day.

Saturday's main musical performance will feature Daughtry, which has scored four No. 1 Top 40 hits ("It's Not Over, "Home," "Feels Like Tonight," and "No Surprise"), earned four Grammy Award nominations (including "Best Rock Album" for Daughtry), and won four American Music Awards. 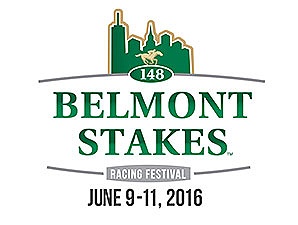