The 90th Annual Macy's Thnkasgiving Day Parade will be taking to the streets of Manhattan at 9 AM on Thursday, November 24th!

A massive lineup of entertainment is scheduled to participate in the 2.5-mile march to Macy's flagship store. 16 gigantic balloons, 27 novelty balloons/ballonicles/trycaloons, 26 floats, 16 marching bands and performance groups, 1,100 cheerleaders, 1,000+ clowns, and dozens of live performers and stars will be featured throughout the event.

The action begins at 9 AM on Thursday, November 24th at the starting point on West 77th Street and Central Park West. The parade will travel alongside Central Park, make a turn at Columbus Circle, and then take Central Park South to 6th Avenue. From there, it's a straight run to 34th Street, where the parade will make one final turn to end at Macy's Herald Square. 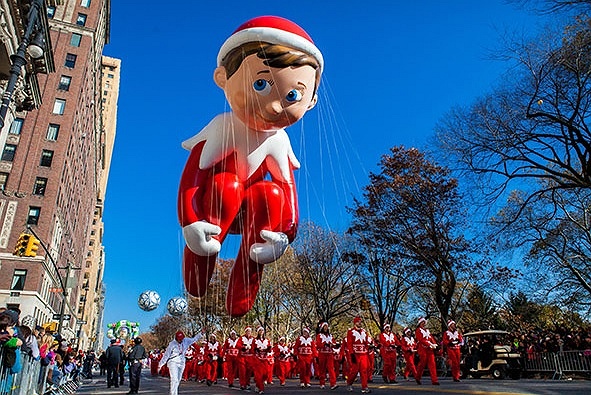