Joe Giaquinto, Psychic-Medium and Paranormal Investigator, will conduct an experiment in otherworldly communication when he hosts  a seance at the notoriously haunted McKesson-Brown Estate.  The property, formerly owned by Gold Coast era phamaceutical millionaire George McKesson-Brown, is where he built his chateau overlooking Huntington Harbor, now known as Coindre Hall.

We will be investigating the former carriage house and garage where he kept his race cars.  The estate is home to many ghosts including "the Talkers", apparitions of monks in robes, a Prohibition era "bootlegger", and the unfortunate "heiress flapper" (rumored to be run down by a race car) who likes to touch people.

The seance will be held around a long table in the Social Hall of the building where Mr. Brown kept his fleet of race cars and the caretaker continues his rounds after death.

The estate also was the location of several "silent era" movies in which Charlie Chaplin and Tom Mix starred. Will they make an appearance? Join Joe for a spookily fascinating evening! 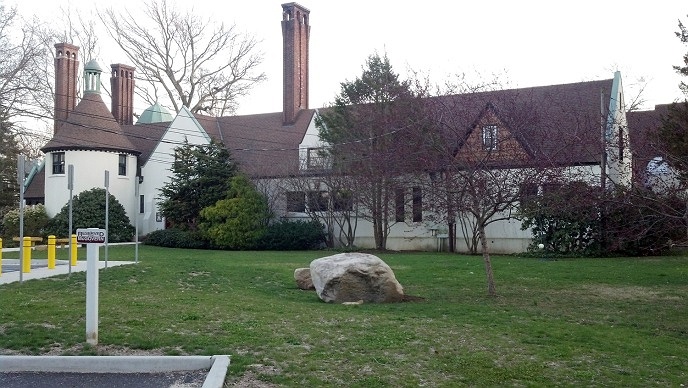