Wild Child – Dave Brock’s Doors Experience is the Los Angeles based act with over 20 solid years of world tour experience and has flourished in the competitive L.A. Music Scene. Faithfully re-creating a live Doors Concert on stage, the music is painstakingly reproduced and combined with the voice; look and essence of Jim Morrison live on stage (performed by lead singer Dave Brock). Wild Child tries to mirror the depth, energy and emotion of The Doors concerts as they were live back in the late 1960’s. The Band also utilizes the same musical instruments live as The Doors did over 40 years ago. Wild Child performs internationally, playing to packed venues around the globe.  Front man, Dave Brock, started his role as the Lizard King by grabbing the lead in the” Jim Morrison Rock Opera,” produced by the late legends sister, Anna Morrison Graham. Anna personally selected Brock for the part. From there, he started the band “Wild Child,” whose reputation rapidly spread from Southern California to remote areas of the world. Wild Child’s first show at The Whisky a-Go-Go was on July 3rd, 1986. A long string of sell out shows at The Whisky has continued for Wild Child to this date. Wild Child broke right into the national act venue circuit, and continues to play across the country and abroad to packed touring act venues. The band relies on stage craft and musicianship to create an event that people will remember, without corn ball antics and pretentious banter. This is a serious, touring re-creation stage show!  Two years ago the band produced “Wild Child – Live In Concert” a 22 song double disc CD set of songs that The Doors made popular on stage as well as songs from their last album that they were never able to perform live with Jim Morrison, due to his unexpected death. Below is what one expert said about the CD set:

[Wild Child’s live CD] has been in production for over a year as lead singer David Brock has sought perfection on each and every song. I honestly think that this recording could get passed off to even a seasoned collector as being a new unheard Doors live show from the 1960’s. It’s the most incredible re-creation that I have ever heard”   (Kerry Humpherys – The Doors Collectors Magazine) 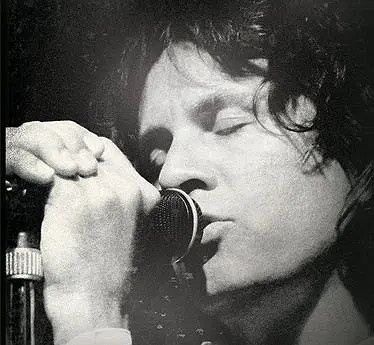