Bret Michaels is a multi-platinum global superstar who has turned his passion for music into a multi-faceted brand. With a legendary career that encompasses record-breaking touring sales, Reality TV stardom, chart- topping songs that have sold over 50 million records, product endorsements as well as a dedication to philanthropy, Bret is supported and followed by three generations of loyal fans.

Born in the small town of Butler, Pennsylvania on March 15, 1963, Bret first rose to fame as the front man of Poison, helping to define the rock-n-roll scene on the Sunset Strip. One of rock’s most iconic and enduring bands, Poison’s massive success includes selling over 50 million records worldwide and numerous hit singles.

Equally as successful as a solo artist, Bret Michaels’ career has charted its own course with multiple solo albums. His album, Custom Built,  topped the charts,  reaching #1 on  Billboard’s  Hard Rock  list. His  CD, Jammin’ With Friends, featured a myriad of legendary artists, who just happen to be great friends of Bret’s. The album’s roster of contributors is a who’s-who list including Joe Perry (Aerosmith), Loretta Lynn, Jimmy Buffett, Ace Frehley (Kiss), Michael Anthony (Van Halen) and members of Lynyrd Skynyrd, to name a few.

His talent, business acumen and natural candor have solidified him as “a cultural touchdown” in the words of former Viacom CEO Judy McGrath, making him one of the most sought- after performers, interviews and speakers across multiple platforms and keeping him on the road for each of the last 10 years, for nearly 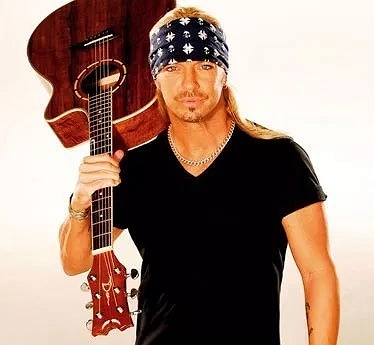