"Carl Laemmle" is a feature documentary about the extraordinary life story of Carl Laemmle, the German-Jewish immigrant who founded Universal Pictures, and saved over 300 Jewish families from Nazi Germany.

It was laemmle as much as anybody who invented the modern movie business.He founded Universal Pictures and created Universal City, an entire city built for the sole purpose of making movies.

Shortly before the pogrom that became knbown as Kristallnacht, Carl Laemmle began doing what few studio heads would do: rescuingJews from Nazi Germany. battling not just the Nazis, but the U.S. State Dept., Carl wrote hundreds of affadavits and spent a great deal of his fortune finding jobs and homes for German refugees. By the time of his death in 1939, Carl Laemmle had saved over 300 Jewish families, creating a legacy in their many descendants that thrives to this day.

This event is open to the public and Free of charge. Please contact Alan at alan.freedman@tilny.org for the link.

This program is sponsored by the Judy and Ben Segan Adult Education Fund of Temple Israel, Lawrence. 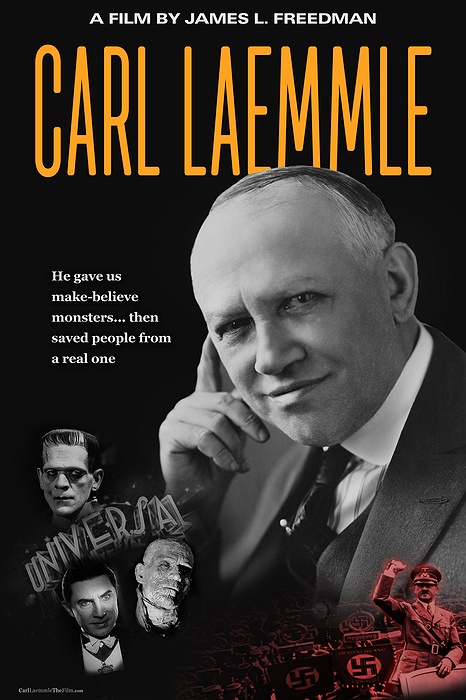