Beginning on July 5th and running through August 30th, the City of Long Beach's Summer Concert Series is set to provide residents with multiple nights of music each week! All concerts begin at 8 PM. 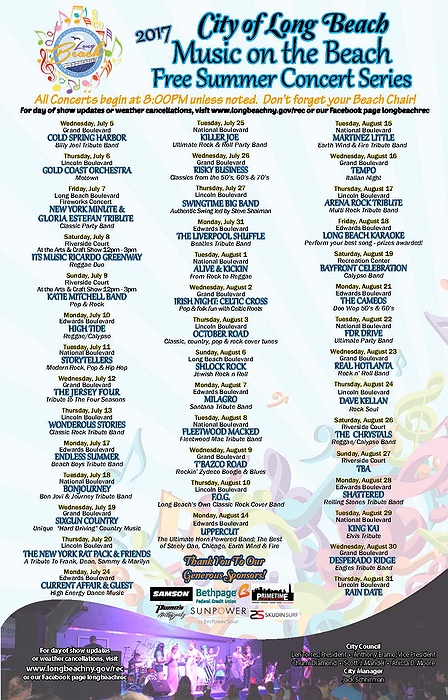