Clybourne Park opens on March 12th! The play by Bruce Norris will be the 3rd play in HTC's 30th Anniversary Season and will be held on Thursdays, Friday, Saturdays and Sundays until March 29th.

The two acts of “Clybourne Park” are in fact two separate plays set 50 years apart and spinning off Lorraine Hansberry’s landmark drama, “A Raisin in the Sun.”  With a cast of seven taking on different roles in the play’s two halves, act one is set in 1959, as nervous community leaders anxiously try to stop the sale of a home to a black family. Act two is set in the same house in the present day, as the now predominantly African-American neighborhood battles to stand fast against the onslaught of gentrification. 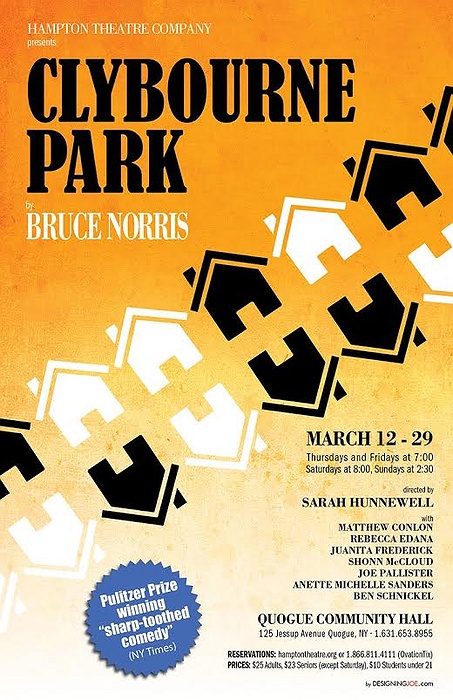