Tickets for CTI Theatre’s three performances of They’re Playing Our Song, October 24 at 7:30 p.m., October 26 at 8 p.m. and October 27 at 2 p.m., are $20 for adults and $16 for seniors and children. They may be purchased at tututix.com/ctitheatre; the site has a seating chart and charges a nominal ticketing fee. All proceeds benefit CTI. 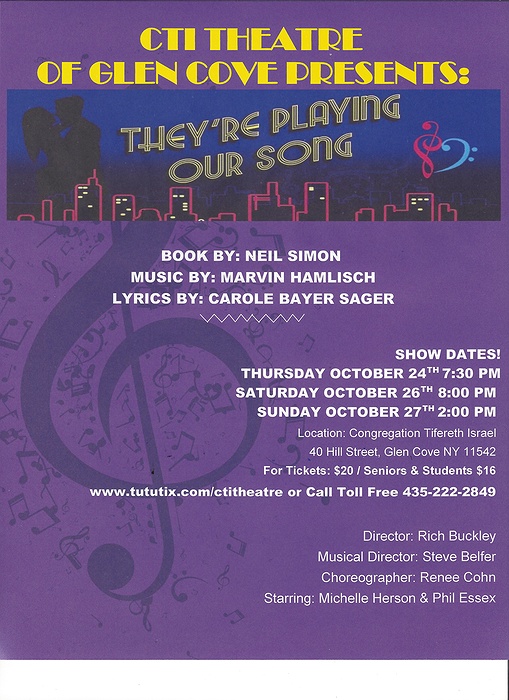