The Sound of Change can’t come from external forces, it has to emanate from within. For Dirty Heads, evolution beyond their reggae-rock roots has developed over time and is manifested on their new album “Sound of Change.” Due out summer 2014 via Five Seven Music, the album boasts some of the groups’ most diverse and ambitious work to date.

“It’s the hardest thing we’ve ever done as a band to make this record,” says guitarist/vocalist Kaleo Wassman of Pepper, in speaking on the recording process of their new self-titled album. “It speaks loudly and widely to a broader audience while maintaining everything good about the band, which, first of all, is our positive attitude.” 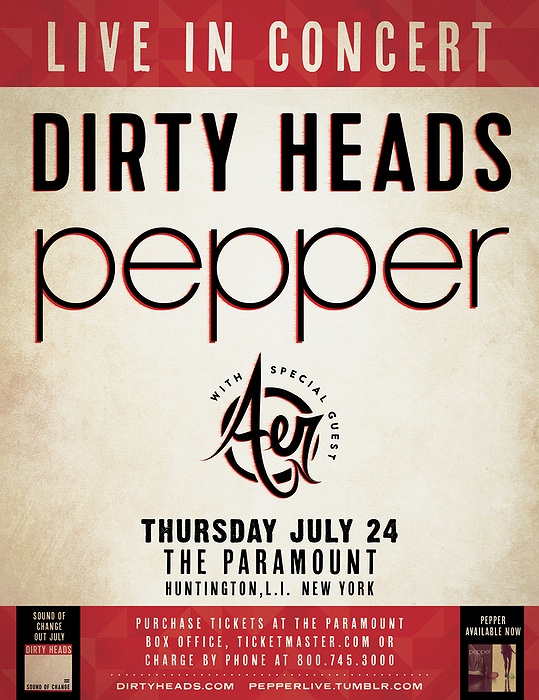