After a wildly successful 2019 promotion, East End Restaurant Week©,  is hosting the fourth annual campaign from Sunday, March 29th through Sunday, April 5th. Participating restaurants will offer a unique three-course prix fixe menu for $29.95, every night they are open except Saturday when the menu may only be offered until 7 p.m. Each participant is required to offer three options per course. The promotion will also feature a lodging component as well offering an option for a discount getaway on the East End.  Each participating lodging property will offer a minimum 10-percent discount off your stay during the promotion, certain limitations may apply.  The option to stay at one of the East End’s amazing participating lodging properties at a discounted rate coupled with the restaurant promotion offers a great off-season getaway to one of the most beautiful regions on the east coast.

The promotion was originally created to garner positive publicity and generate additional business for East End restaurants during a traditionally slow period and as a kick start to the spring season. What began as a South Fork promotion, was so well-received, that over the last 15 years it has grown to encompass all of the East End. “Diners look forward to East End Restaurant Week all year round. ” says LIRHG President Steve Haweeli, “It’s a great opportunity to try top notch East End restaurants, without breaking the bank. We hope to attract diners from all over Long Island and even in New York City with the lodging component as well.”

East End Restaurant Week is a win-win for participants and consumers, alike. Diners are provided the opportunity to experience new restaurants and lodging properties they might not otherwise try at an affordable price. For over the last decade restaurateurs have reported a surge in business during the promotion, some by more than 50-percent. East End Restaurant Week is presented by Long Island Restaurant and Hospitality Group. Sponsors include Edible Long Island and the Hamptons.com

For a full list of participants and for more information, visit www.eastendrestaurantweek.com. 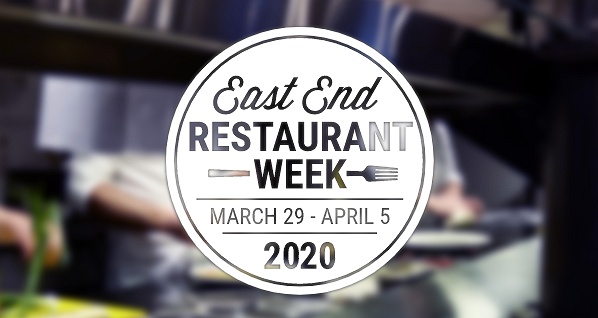