Chef Guy Reuge, Executive Chef of Lessing’s Hospitality Group, is gearing up to celebrate his tenth anniversary with the distinguished restaurant group on January 15, 2019.

The prestigious La Toque d’Argent (the Silver Toque) recipient, Maitres Cuisiniers de France “Chef of the Year,” and James Beard Award nominee, began his culinary career at age fourteen in Orleans, France. He followed suit with the Tour des Compagnons, working in restaurants in France and Switzerland. At twenty-years old, he fulfilled his French military duty where he cooked for the president and other dignitaries. In 1973, he made the move across the pond to New York City and began working in notable restaurants, including Rene Pujol and Maxell’s Plum.

After spending almost ten-years in some of the best kitchens in New York City, Reuge chose to open his own restaurant outside of the major metropolis. His concept, Mirabelle Restaurant, first opened in 1983 in an old farmhouse in St. James, NY. It quickly became known as one of the most sought-after seats on Long Island and earned impressive accolades from the most celebrated food critics. Mirabelle Restaurant operated in St. James for twenty-five successful years.

When Lessing’s Hospitality Groupinvited Chef Reuge to bring the esteemed brand to the historic Three Village Innin Stony Brook, NY, he accepted. The newfound partnership was well-received, being recognized as “refined in style” and an “improvement on the original.” In the spring of 2009, Mirabelle Tavernopened doors as the more casual version of its neighboring founder. As Lessing’s Hospitality Groupcontinues to evolve, the talents of Chef Reuge coincides. In 2015, he spearheaded from concept to conception, the opening of Sandbarin Cold Spring Harbor, NY. The restaurant has already been established as an anchor of the community, serving elaborate American cuisine from both the land and sea.

“This month I will be celebrating ten-years with Lessing’s,” said Reuge. “Ten years has gone so fast! I never thought that I would still be here working, but it’s been fun. I’m happy and healthy, so why retire now? I get up every day to go to work, and I still enjoy doing what I do.”

In his honor, guests who dine at Mirabelle Restaurant & Tavernin Stony Brook or Sandbarin Cold Spring Harbor from January 15ththrough 31stduring dinner service will receive a complimentary glass of sparkling to raise a glass to Chef Reuge and his milestone. 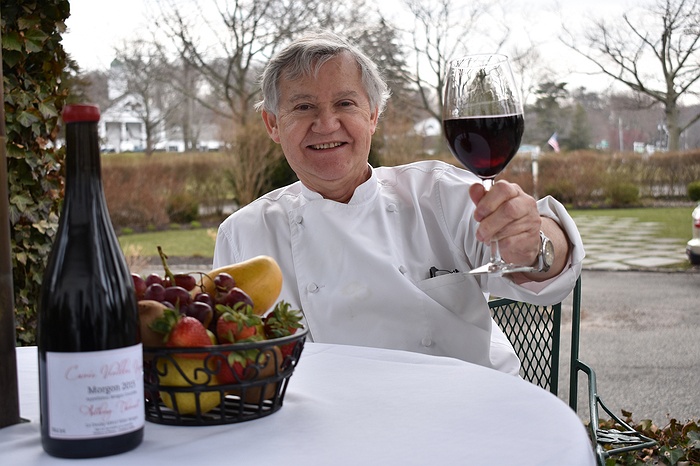