For over 50 years, 60 Minutes’ fearsome newsman Mike Wallace went head-to-head with 20th century’s most notable figures. Mike Wallace Is Here, directed by Avi Belkin, portrays a feared and influential newsman, known for his aggressive, hard-hitting, groundbreaking, tough questions. Through archival footage, the film shows him butting heads with iconic figures such as Malcolm X, Donald Trump, Bill O’Reilly, Oprah Winfrey, Vladimir Putin, Johnny Carson, Barbara Streisand and many others. The film also portrays a darker, vulnerable and tragic side of Mike Wallace. His troubled personal life (married four times and the death of his son) was plagued with insecurities and depression, and, well into his success on 60 Minutes, he attempted suicide. Perhaps it was his personal pain that blinded him to the pain he inflicted on his subjects. But what becomes clear in MIKE WALLACE IS HERE is that in 2019, broadcast journalism could use a bit of the “dinosaur,” as Bill O’Reilly derogatorily called him, more than ever. Time: 94 Minutes Our guest speaker for the Q&A will be producer of the film, Peggy Drexler, Ph.D. The Q&A will be moderated by the associate dean of the School of Journalism, Charles Haddad. Co-Sponsored by the Stony Brook School of Journalism. Individual advance tickets, $8, on our website at: portjeffdocumentaryseries.com/ticketsvenues                                       Tickets will also be sold at the door (no credit cards, please). 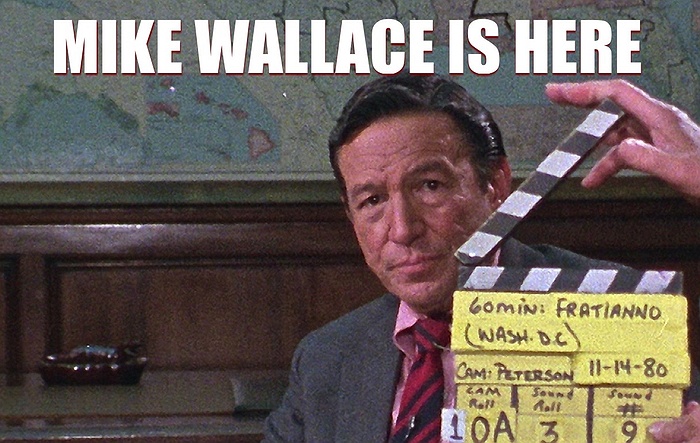