Friday Night Face Off is Long Island's premiere late-night comedy event and the longest running improv show in LI history (founded in 2003). Watch as two teams of professional and hilarious improvisers are pitted against each other, competing for comedy domination, in a show The New York Times calls "Really Funny" and "A Late Night Hit!" FNFO is almost every Friday night at 10:30pm Tickets: $15 (tickets available at the door only) Beer/wine/snacks served, ages 16+ and 21+ with valid ID to drink 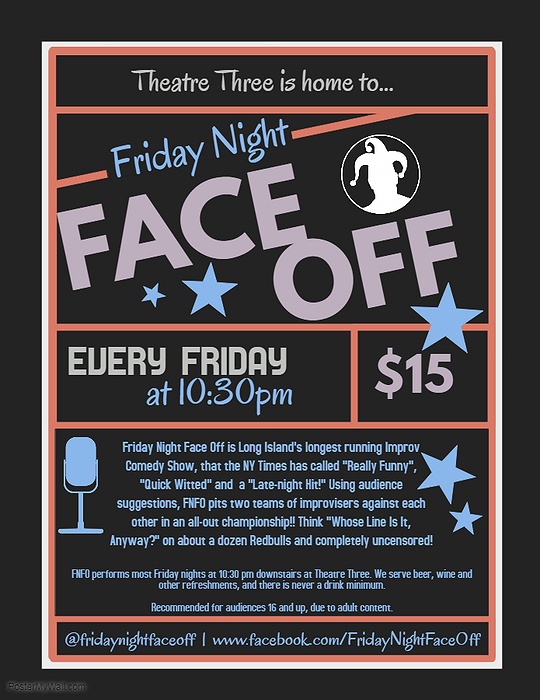