"Genius & Anxiety, How Jews Changed The World, 1847-1947," looks at the century when the Jewish people changed how we see the world. A handful of men and women, many of them well known - Marx, Freud, Proust, Einstein and Kafka - and others have vanished from collective memory despite their enduring importance in our daily lives. Without Karl Landsteiner, for instance, there would be no blood transfusions or major surgery.

The presenter is Norman Lebrecht, historian, cultural commentator and award-winning novelist. His 12 books about music have been translated into 17 languages. His first novel, "The Song of Names," won a Whitbread (now Costa) Award in 2003, it was filmed in 2018-'19 with Tim Roth and Clive Owen in the leading roles. Norman Lebrecht has lectured at cultural institutions and leading universities worldwide. He is a guest professor at the Shanghai Conservatoire of Music.

This program is open to the public and Free of charge. Please contact Alan at Alan.freedman@tilny.org for the Zoom link.

This event is sponsored by the Judy and Ben Segan Adult Education Fund of Temple Israel,  Lawrence. 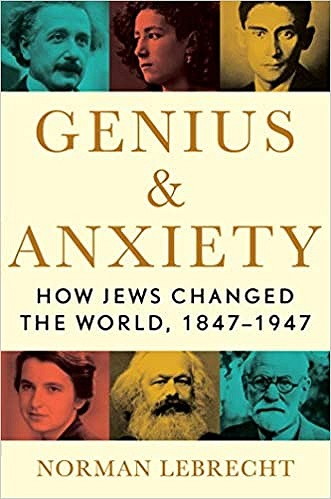