In 2017, the trio of brothers who make up pop-rock trio HANSON celebrated 25 years of playing music together, selling millions of albums, receiving multiple Grammy nominations, and reaching fans from Tulsa to Tokyo,.

To celebrate the landmark 25th year, HANSON launched the “Middle Of Everywhere 25th Anniversary World Tour,” alongside a new greatest hits collection of the same name, which included single “I Was Born,” highlighted the undeniable staying power of the band with sold-out concerts in Europe, North America, Latin America, Australia and New Zealand, and released a widely praised second holiday album “Finally It’s Christmas”. The year’s projects set the course for the next chapter, marked by a continued focus on their music, and dedication to their fan community.

HANSON has never been driven by trends or fame, but instead is fueled by the personal drive to create great art, inspire connection and cultivate community. Those qualities are at the root of the band’s longevity and lasting connection with fans. 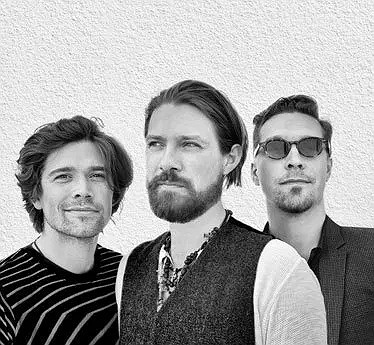