07:00 PM
Mon, Dec 21, 2015
Cost:    See website
Description
The Holiday Party & Sing-along  begins with a short chat with Don Duga, the creator of “Frosty the Snowman.” Don will then offer a demonstration of his craft and attendees can purchase caricatures in which he will draw your family into a scene from “Frosty.” The Sing-along will be led by Rick Unterberg, a pianist who plays regularly at Town House.
Best known for his creation of the famous “Frosty the Snowman” character, Don Duga, was part of a team of animators at Rankin, Bass Agency in New York City who helped to create “Frosty,” which led to many TV movies, and books. He also collaborated on other well-known animation films, including “Mad Monster Party” with Phyllis Diller and Boris Karloff, “The Last Unicorn” with Mia Farrow, as well as “The Last Drummer Boy,” “Smokey the Bear,” “Mr. Magoo,” and “Rudolph the Red-Nosed Reindeer.” Duga also helped to create the “Jackson Five” TV Show, and “Saturday Night Live” with the Coneheads. Over the years, Duga has branched out in other directions, such as his more recent paintings of The Beatles’ era. He also became friends with Albert Maysles, famous New York City filmmaker, who documented the first arrival of The Beatles at Kennedy Airport in 1964, with his late brother, David Maysles. The brothers jumped in the car and followed The Beatles to The Ed Sullivan Show, which they also included in their first film, “Meet The Beatles.” Listening to the stories of Albert Maysles, Duga captured their images in his wonderful, whimsical paintings of The Beatles. Another result is his paintings of the famous Grey Gardens mansion in East Hampton, which was the subject of the 1976 documentary film by the Maysles Brothers, called, “Grey Gardens.” It was owned and inhabited by the eccentric and colorful cousins of Jackie Kennedy, and Duga captured this in his art as well. Bay Street Theater produced GREY GARDENS the musical this past August as part of the 2015 Mainstage Season. 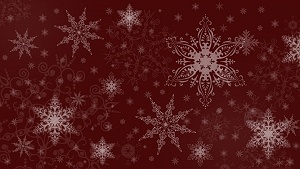