The Album - Humble Pie's Performance - Rockin The Fillmore is considered one of the greatest classic rock albums of all time. Humble Pie enjoyed gold record sales for their albums and are best known for a catalog of hits that includes: “I Don’t Need No Doctor,” “Hot and Nasty,” “30 Days in the Hole,” “Halleluiah I Just Love Her So,” “Natural Born Boogie,” “Stone Cold Fever,” and “Shine On.” Today, co-founder/drummer, Jerry Shirley oversees Humble Pie’s legacy from his home in England, maintaining maximum quality control over the presentation of the group and their touring entity. “We all have a great sense of love and pride for Humble Pie, the members, their families and what we were able to achieve,” begins Shirley. “And it goes without saying that no one will ever replace Steve, Peter or any member of the band. My goal is keep the legacy of Humble Pie intact, as one of the greatest live acts in rock, while satiating the need for generations of our beloved fans to again enjoy our music performed live by world-class musicians,” he declares. Shirley appointed Dave “Bucket” Colwell, (who played and recorded with him on the last Humble Pie album Back on Track), to lead the band live on tour as co-front man and lead guitarist with the wiry and fiery Jimmy Kunes handling lead vocals. Colwell is best known for his work on the last Humble Pie record and a longtime stint recording and touring with Bad Company. “Dave represents the bridge to the present-day lineup,” states Shirley “and the live band couldn’t be in better hands than he and Jimmy Kunes; they have my full endorsement,” the affable rock legend concludes. Jimmy Kunes is best known as the lead singer of Cactus and his vocals and stage presence hearken to the days in the 70’s when groups like The Faces and Humble Pie mesmerized audiences worldwide. James ‘Roto’ Rotondi is on guitar, with Dave Gross on bass and Bobby Marks rounds out the lineup on drums. In addition to the Humble Pie hits, the band performs a select portion of supercharged songs that include Bad Company’s “Can’t Get Enough (of your Love)” and Free’s “All Right Now” among other classics. Buy Advance Tickets. 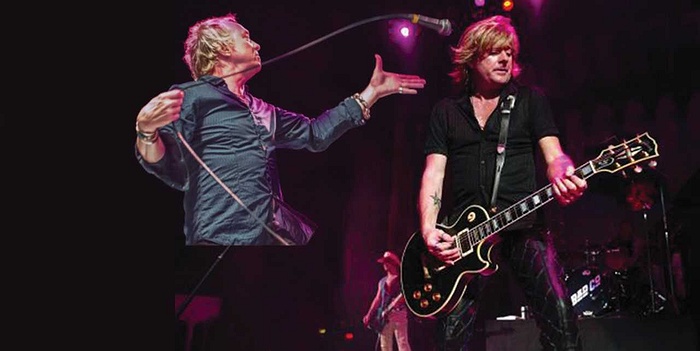