After helping create the “Jersey Shore” sound with the Asbury Jukes he became a founding member of Bruce Springsteen’s E Street Band, and went on to become a successful solo artist in his own right recording and performing solo with his band Little Steven and the Disciples of Soul. In 2017 he released his first new album in over 15 years returning to his Rhythm and Blues roots entitled “Soulfire” which Rolling Stone named one of its “Best Albums of 2017.” He has recently released “Soulfire LIVE!” a 3 disc CD box set, a 7 Vinyl box set, and 2 disc Blu-Ray recorded live during the “Soulfire Tour,” his first solo tour in over 20 years. This May Little Steven and the Disciples of Soul will release “Summer of Sorcery” his first album of all original material in 20 years. 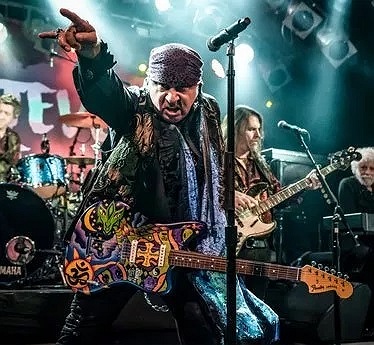