Come on down to the Maritime Festival 2014 held on September 19th, 20th & 21st. This year's Person of Honor will be Otto Schoenstein, Greenport's philanthropic craftsman. Schoenstei has been selected by the East End Seaport Museum and Marine Foundation as its 2014 Maritime Festival Parade Grand Marshal.

Additionally, he will be honored at the Festival's launch event, A Land and Sea Greenport Gala.

The weekend will also act as a fundraising weekend, benefiting the restoration of "BUG LIGHT" and ongoing museum projects. 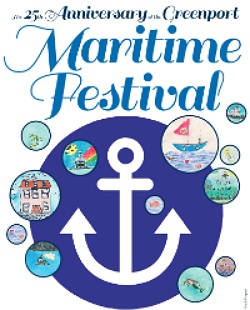