Michael D'Antonio to Speak at Emanuel

07:30 PM - 09:30 PM
Fri, Dec 06, 2019
Cost: See event description
Description
Michael D'Antonio will offer a talk at Temple Emanuel of Great Neck, Friday, December 6, 2019 at 7:30 p.m. The title of the talk is: "The Man Who Is Shaking Up The GOP."
A Pulitzer Prize-winning writer of books, articles, and original stories for film, Michael D'Antonio has published more than a dozen books. He is co-author of the new biography The Shadow President: The Truth About Mike Pence, which reveals the story of the most powerful Christian Right politician in US history. His previous book was The Truth About Trump, which The New York Times called an "evenhanded but nonetheless damning" biography of America's 45th president. D'Antonio is a CNN political contributor and widely-quoted expert on the Trump phenomenon. Author of more than a dozen books, including the history of the Catholic sex abuse crisis Mortal Sins and The State Boys Rebellion, D'Antonio has written for Politico, The Daily Beast, Salon, The New York Times Magazine, Esquire and many other publications. He was Washington correspondent for the Portland Press Herald and a feature writer for Newsday, where he shared in the Pulitzer Prize for local reporting. D'Antonio has been the recipient of the Alicia Patterson Fellowship, the First Amendment Award, and the Humanitas Award for his Showtime film, Crown Heights.
Michael D'Antonio's talk is preceded by a brief service. A QandA, book signing and refreshments will follow the talk. All members of the community are invited to attend.
Temple Emanuel's SCW Friday Night Speaker program is funded in part by Elaine and George Malin.
Temple Emanuel of Great Neck is located at 150 Hicks Lane. For further information, please call 516.482.5701. 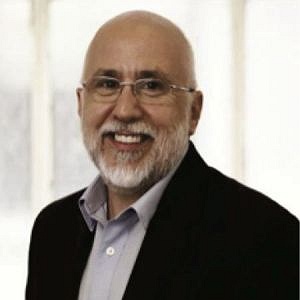