at The Performing Arts Studio of NY | Sat Apr 23

The Performing Arts Studio of NY

(Mostly) True Things features true stories - with a twist - told live without notes by people from all walks of life, ages and backgrounds.

One storyteller tells the unvarnished truth, the other three change a few details that you might pick up by listening closely.

The whole truth comes out by the end, with the help of the audience. With original songs written for the show, by host and creator Jude Treder-Wolff who keeps the energy high and an audience that is a ton of fun.

There are prizes involved. If you can believe a thing like that.

Bob Braderm a writer/performer and actor whose award-winning solo storytelling shows have been performed at Fringe Festivals in Orlando, London, Montreal, San Francisco and New York, among many others.

Toni Munna, actress, director and producer. She organized and directed 7 productions of The Vagina Monologues to support organizations that work to end violence against women and girls.

Host and creator Jude Treder-Wolff is a writer/performer and cabaret artist who has performed at cabaret and comedy clubs in New York and around the country. Her stories have been featured on the groundbreaking RISK! podcast and live show, The Moth, The Prose Of Pie and Talk Therapy storytelling shows.

“Self-medicate with real-life therapist Jude Treder-Wolff. Expect the unexpected! And without the hourly rates!” wrote the New York Daily News about one of her comedy/cabaret shows.”

“Crazytown provides instant relief from the blues” wrote a Karen D’Onofrio in a review on Electronic Link and her solo storytelling show - with all original songs -  "Crazytown: my first psychopath." 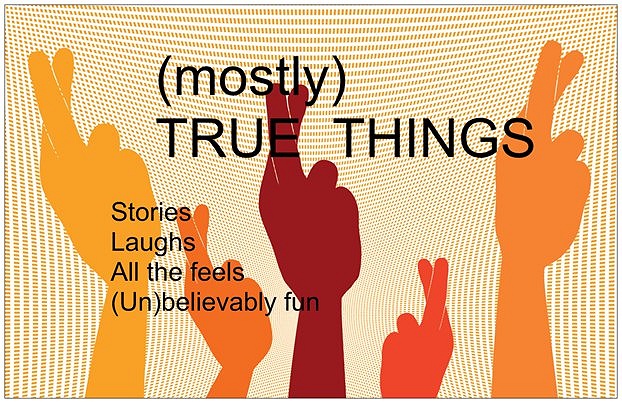