08:00 PM
Tue, Aug 04, 2015
Cost:    See website
Description
Long Island’s own Billy Joel will play the final show at Nassau Veterans Memorial Coliseum on Tuesday, August 4 before the venue closes for an extensive renovation.  The arena will reopen as a world-class sports and entertainment destination in December 2016.
Joel, who was raised in Hicksville and remains a Long Island resident, has played 31 shows at Nassau Coliseum. His last solo appearance was in 1998 when he sold out nine shows, setting the building record for the most sellouts in one year. A banner with his name still hangs in the rafters in his honor.
Tickets go on sale Friday, May 1st at 10 AM. 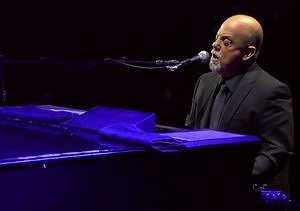