Online Film: END OF THE LINE: THE WOMEN OF STANDING ROCK + Q&A with Director Shannon Kring

DIRECTED by Shannon Kring END OF THE LINE: THE WOMEN OF STANDING ROCK captures history in the making, as a small group of indigenous women establish a peaceful camp in protest of the $3.8 billion oil pipeline construction that threatens their land, water and very existence. When their camp’s population exceeds 10,000, the women unwittingly find themselves the leaders of a global movement. In the process they must face the personal costs of leadership, even as their own lives and identities are transformed. Featuring exclusive footage including shocking, never-before-seen evidence of police brutality surrendered to the filmmakers by a disgraced law enforcement officer, END OF THE LINE is both an exploration of the rise of indigenous and feminine power in the areas of social and environmental justice, and a searing and deeply personal story of four brave women: Running Time: 90 Minutes Guest Speaker recorded via Zoom: Shannon Kring, Director, moderated by Tom Needham, Host of The Sounds of Film at WUSB radio. TICKETS ON SALE NOW Tickets: $8 online at: portjeffdocumentaryseries.comticketsvenues *Tickets may only be purchased by folks in Northeastern United States. 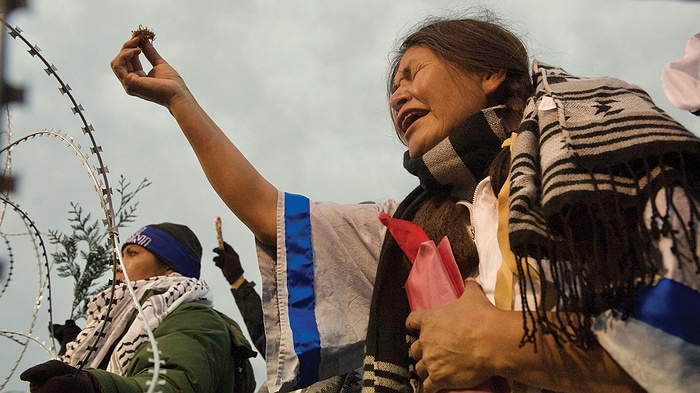