Online Film: Me To Play Plus Q&A with Director Jim Bernfield

Directed by Jim Bernfield
ME TO PLAY follows two veteran actors as they pursue a one-night-only performance of a lifetime. Dan Moran and Chris Jones, who first met while performing in A MONTH IN THE COUNTRY with Helen Mirren in 1995, are united by a mission to present Samuel Beckett's absurdist tragicomedy Endgame if it's the last performance they do. Coincidentally diagnosed with Parkinson's at the same time, the actors find purpose in illuminating Beckett's prose (which Beckett wrote after his mother died of Parkinson’s), with Moran taking on the role of the blind, paralyzed, and malicious Hamm, and Jones his put-upon servant, Clov. Under the collaborative direction of Joe Grifasi and producer Ruth Kreska, Moran and Jones bring their impeccable comic timing, decades of experience, and the driving need to infuse Beckett's blithely nihilistic words with an authentic emotional and physical turmoil to the Off-Broadway stage.
Running Time: 71 minutes
Guest Speaker recorded via Zoom: Jim Bernfield, Director, moderated by Tom Needham, Host of The Sounds of Film at WUSB radio.
TICKETS ON SALE NOW
Tickets: $8 online at: portjeffdocumentaryseries.comticketsvenues
*Tickets may only be purchased by folks in the United States. 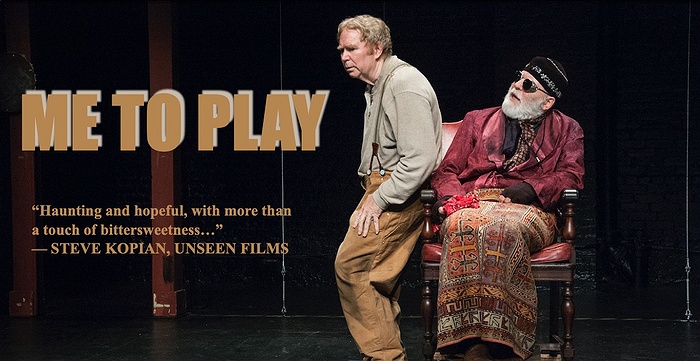