Join the Long Island Volunteer Team for a private screening of the documentry, Operation Triple Take.

Q&A with members of Operation Underground Railroad will immediately follow the film.

Operation Underground Railroad (O.U.R.) conducted Operation Triple Take in 2014 in Colombia in an unprecedented attempt to rescue sex trafficking victims in three different cities at the exact same time. The operation took months of planning and depended on the three stings taking place simultaneously so one wouldn’t ruin another. It was, and still is, the biggest operation O.U.R. has ever conducted and led to the rescue of 123 victims and the arrest of 12 traffickers. See the days leading up to the operations, watch as the missions unfold in Cartagena, Armenia and Medellian. 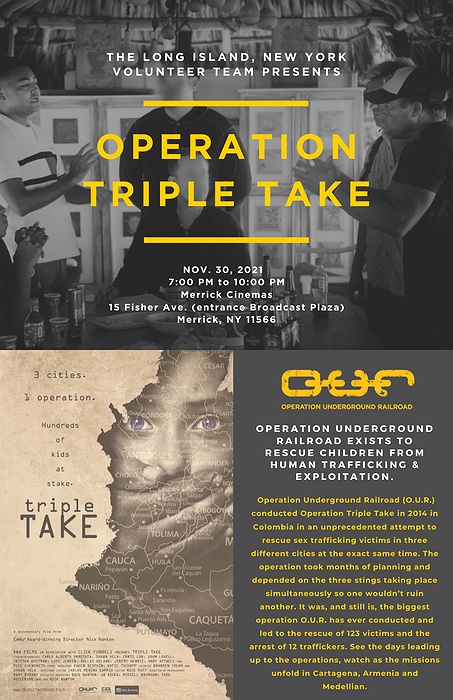