The Shack - For years, the infamous decrepit Shack in Huntington was surrounded by mystery, rumors, and suspicions from the townspeople. Everyone knew the stories of Old Man Traefor Daniels, the disappearances of the local kids, the rancid smells, and the screams. Thousands of complaints and concerns were filed with the local police department, but they just brushed it off as urban myths while letting it fall to the wayside. That is, until the Fall of 2017....

Klownkatraz 3D - Dr. Bane has been studying the psychological effects of Coulrophobia (The Fear Of Clowns) for years, and has moved his studies to the legendary Alcatraz Island Prison!

The Dark Colony - The Daniels once lived Among the townspeople of Huntington in the late 1800s. Working, Laboring. However, rumor has it, suspicions of their Activities rose before the townspeople exiled them to the woods, beyond the cemetery, outside the town limits. No one quite knows what happened to them, any definitive proof of what transpired is gone, but the rumors still run strong. It’s time to explore the Daniels’ woods. And they’re hungry. 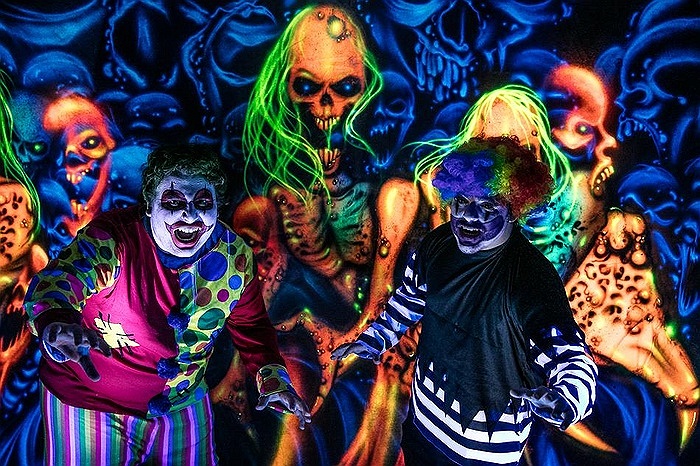