The Band got started as a group of musicians backing up Bob Dylan on tour, but grew into a legend in their own right, starting with the 1968 album Music from the Big Pink (recorded in Woodstock) and culminating in their 1976 farewell concert filmed by Martin Scorsese for The Last Waltz. In the aftermath, The Band members went their separate ways, battling addiction and broken friendships, never recapturing their original bonds.

In the film ONCE WERE BROTHERS: ROBBIE ROBERTSON AND THE BAND, filmmaker Daniel Roher focuses on The Band’s founder Robbie Robertson, who started opening up in his candid book Testimony: A Memoir. Robertson gives an emotional account of The Band’s history, artistry and the tensions that divided fellow members Garth Hudson and the now-deceased Levon Helms, Rick Danko and Richard Manuel. We hear other testimonies from the likes of Bruce Springsteen, Van Morrison and Scorsese (also the film’s executive producer) who decode the magic of The Band’s haunting songs such as “The Weight,” “Up on Cripple Creek” and “The Night They Drove Old Dixie Down.” Even for casual listeners, this film is eye-opening for its portrayal of the magical years when The Band shared a deep brotherhood and created music that left a lasting mark. Our guest speaker for the Q&A will be director Daniel Roher. The moderator for the Q&A will be Tom Needham, host of The Sounds of Film on Stony Brook University’s own radio station, WUSB. *There will be a wonderful pre-screening live tribute to The Band, featuring Pete Mancini, Cassandra House, Dave March and Travis McKeveny, four acclaimed local original artists who were all inspired by these legendary musicians!. The event is graciously sponsored by the Long Island Music Hall of Fame

Tickets $15 All-Inclusive available at: portjeffdocumentaryseries.com/ticketsvenues or at the door (no credit cards please).

PLEASE NOTE: This special event is not part of our regular 2020 Spring Series. The spring series begins on April 20th, with the screening of the dazzling BORN INTO THE GIG. Individual tickets for the seven films in the series will go on sale when our full lineup is announced or buy a DISCOUNTED Early Bird Spring Series Pass good for all 7 films now on our website. 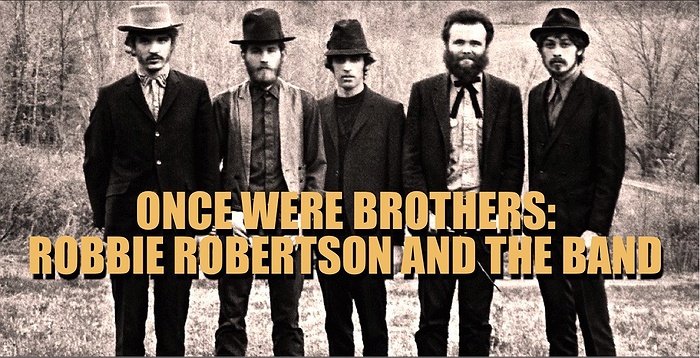