Spin Doctors’ Pocket Full Of Kryptonite defined an era. Featuring hit after hit, from “Two Princes” to “Little Miss Can’t Be Wrong,” the album sold more than 10 million copies worldwide. “Two Princes” was the most-played rock song in the world in 1993 and was recently certified by BMI with 3 million international radio plays (“Little Miss…” is at the 2-million mark). Following the 2011 release of Pocket Full of Kryptonite: 20th Anniversary Edition, Spin Doctors hit the road to do what they do best: perform great pop/rock and blues songs for live audiences. The wildly favorable audience reaction to the tour helped paved the way for their latest album If The River Was Whiskey that reconnects the band with the deep-blues style that gave them their start. 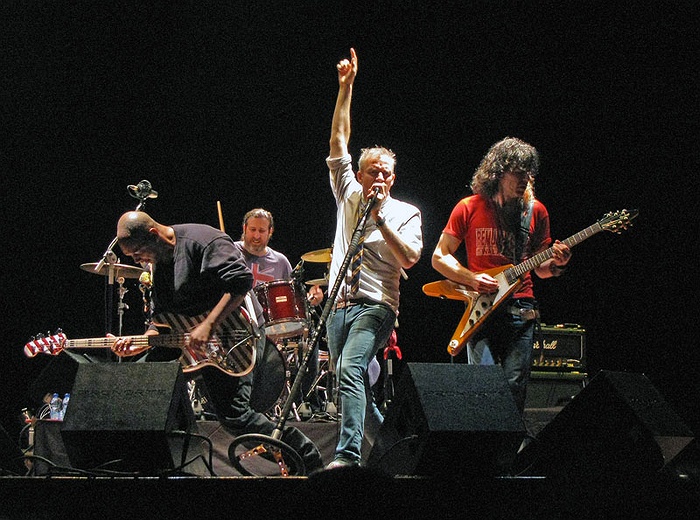