NEW YORK, NEW YORK, DECEMBER 11, 2022—Berry Campbell is pleased to be the final venue of the Syd Solomon traveling museum exhibition, Syd Solomon: Concealed and Revealed. After opening at the Deland Museum, Florida, in 2016, the retrospective traveled to the Greenville County Museum, South Carolina (2017), and then to Guild Hall Museum, East Hampton, New York (2018).  The exhibition opened in December of 2019 at The John and Mable Ringling Museum of Art, Sarasota, Florida, and was on view through January 2021.  This special exhibition opens at Berry Campbell on January 6, 2022 and continues through February 5, 2022.

Syd Solomon: Concealed and Revealed consists of 16 paintings and works on paper sourced from the Estate of Syd Solomon. Newly discovered materials from the Solomon Archive detail how Syd Solomon's World War II camouflage designs and other early graphic arts skills were foundational to his unique approach to Abstract Expressionism. This new information furthers the understanding of Syd Solomon’s life and work.

Following the attack on Pearl Harbor, Syd Solomon voluntarily joined the War effort as a camouflage expert in the United States Army (1941-1945). His camouflage designs were used during the Normandy invasion and in the African campaign and his camouflage instruction manuals were distributed throughout the U.S. Army. Solomon's designs were shared with the English camouflage experts, many of whom were artists, including Barbara Hepworth, Roland Penrose, and Henry Moore. Syd Solomon was awarded five Bronze Stars for his service.

Solomon suffered frostbite in the Battle of the Bulge and was not able to live in cold climates, thus settling in Sarasota, Florida.  Although he arrived to the Abstract Expressionist scene late because of the War, by 1959 his work had gained the admiration of Museum of Modern Art curators, Peter Selz and Dorothy C. Miller, the Whitney Museum of American Art's director, John Baur, and many others, including artists Philip Guston and James Brooks, who became life-long friends. At this time, Syd Solomon's paintings entered the collections of the Solomon R. Guggenheim Museum, the Whitney Museum of American Art, and over 100 additional museum collections.

Syd Solomon: Concealed and Revealed is accompanied by a 96-page hardcover catalogue with essays by Michael Auping (former Chief Curator at the Modern Art Museum of Fort Worth and curator of recent exhibitions of Frank Stella and Mark Bradford), Dr. Gail Levin (expert on Lee Krasner and Edward Hopper), George Bolge (Director Emeriti of the Museum of Art, Fort Lauderdale, Florida and the Boca Raton Museum of Art, Boca Raton, Florida), and Mike Solomon, (artist and the artist’s son). This exhibition was organized by the Estate of Syd Solomon in conjunction with Berry Campbell, New York.

Berry Campbell is open Tuesday – Saturday, 10:00 am to 6:00 pm or by appointment.  To visit the exhibition virtually, please visit: https://www.youtube.com/watch?v=0f1b8wRQhsw. To purchase the exhibition catalogue, please email: info@berrycampbell.com. 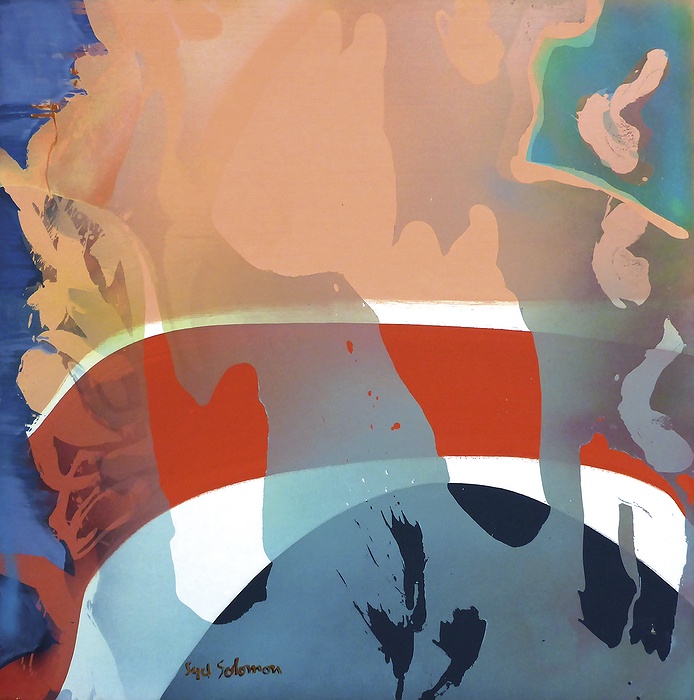