Tennessee Walt: An Evening in 'A Distant Country'

One of the feel-good stories of the COVID-19 lockdown involves a country singer from Long Island and 50-plus libraries throughout Nassau, Suffolk and Westchester Counties.

Back on April 4, in the early days of the lockdown, Tennessee Walt took to the internet for “A Distant Country,” a live-streamed concert honoring the public libraries of the tri-county region.  Thrown together on less than a week’s notice, the concert proved to be an unexpected sensation:  It and two later installments, on May 2 and June 5, have been seen by a combined 5,000-plus people on Facebook and YouTube.

The New York area is reopening, cautiously, and some libraries have begun curbside service, but theaters, movie houses and live music remain largely shut down, so on Sunday night, July 5, Walt will return with “Tennessee Walt: An Evening in ‘A Distant Country.’”  Once again honoring the region’s libraries and encouraging contributions in their time of need, the program will include songs associated with Eddy Arnold, Johnny Cash, Red Foley, Merle Haggard, Kris Kristofferson, Hank Locklin, Jimmie Rodgers, Hank Snow, Hank Thompson, Kitty Wells and Bob Wills, along with audience requests and a few Walt originals, plus interesting anecdotes about the songs and the artists who created them.  As its name suggests, this will be the first evening concert in the series, “airing” live on Facebook.com/TennesseeWalt at 7:30 p.m.

“The libraries are beginning to reopen,” explained Gayden Wren, the Garden City native who performs as Tennessee Walt.  “They’re still a long way from a full recovery, though.  If they’re opening at all, it’s for ‘curbside service’ for books; most of the libraries’ services are still available only online—including, obviously, all live entertainment.  It will be months, maybe many months, before the libraries are open for lectures, concerts, theater and that sort of thing, so there’s still a niche that needs to be filled.

“This concert is designed to provide entertainment, of course, but it comes with a message,” he continued.  “I can’t remember a time when I wasn’t a library person, and I know that everybody’s having a tough time these past few months, but I don’t want people to forget about our libraries.  They’ve been reinventing themselves on the fly to deal with the lockdown, and they’ve done amazing work.  I’ve never been prouder to be associated with the libraries than I am today.”

The show’s primary purpose, he said, is to entertain its viewers, whether they see it live on July 5 or view it later on via Facebook or YouTube.

“This may not be what you think of when you think of country music—it’s voice and piano, not guitars and fiddles—but it’s great music, period,” Wren said.  “It’s great to be doing this show on Independence Day weekend, because there’s no more American art form than country music.  This is a chance for people to relax, get a cold drink and forget their troubles for 75 minutes or so.  Hey, it’s a chance for me to do that, too.  I did my last in-person show on March 15, and performing live is what I love to do most.  People keep thanking me for doing these shows, and all I can think to say is, ‘I should be thanking you.’  I guess me and the audience, we’re both thrilled to be able to get together … with proper social distancing, of course!”

“An Evening in ‘A Distant Country’” (the series title evokes the Book of Luke and a famous quote by Samuel Johnson, but also the current necessity of social distancing) will be presented live on Facebook.com/TennesseeWalt on Sunday, July 5, at 7:30 p.m. Admission is free, and no masks are required!  (Those not on Facebook can see the show on YouTube within 24 hours afterward.)  For further information, visit www.TennesseeWalt.com. 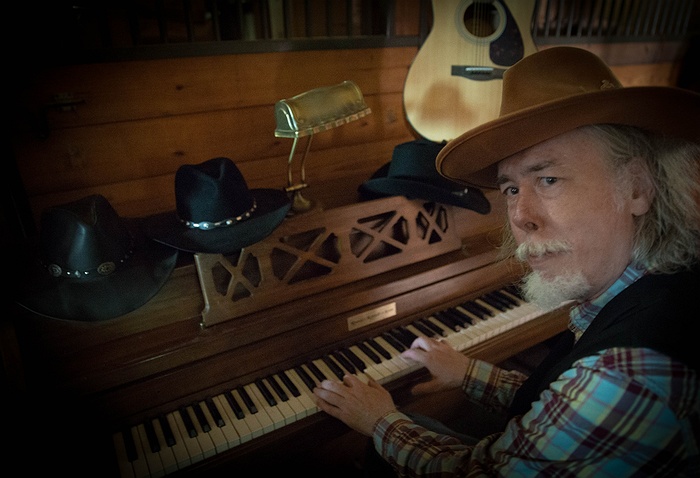