"The City Game" tells the thrilling and heartbreaking story of the CCNY Beavers, who in 1950 became the only team ever to win the NIT and NCAA basketball tournaments in the same year. CCNY was known for intellectual achievement, not athletic prowess. Moreover, every single player as well as the coach were either Jewish or African-American. In 1951, the team's five starting players were arrested for conspiring with gamblers to "shave points." They were expelled from college and banned from the NBA for life. "The City Game" tells a complicated story: of scapegoats, corruption, and how at least one college - protected by police and powerful religious and political leaders - managed to escape a shared scandal unscathed.

Matthew Goodman is the New York Times bestselling author of four books of nonfiction. He has taught writing and literature at Vermont College, Tufts University and Emerson College.

This event is open to the public and Free of charge. Advance registration by Decemeber 5 is required. Please call the Temple Israel office at (516) 239-1140, or email office@tilny.org.

Sponsored by the Judy and Ben Segan Adult Education Fund. 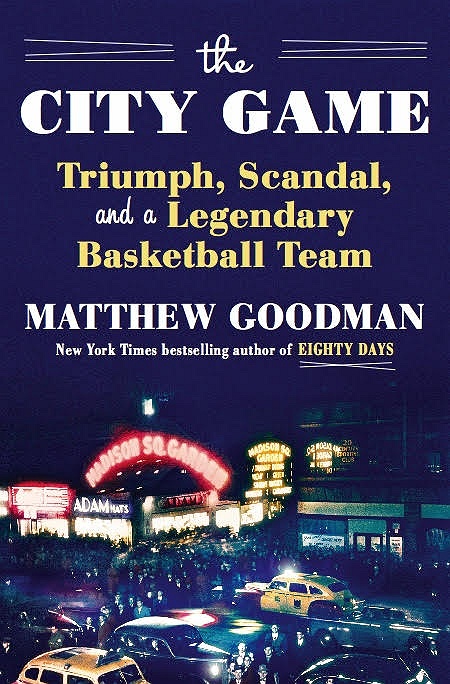