Gabriel Fauré wrote his requiem to be a musical consolation, a deeply human response to the suffering of death and the pain of grief, that paints a picture of the paradise that awaits, and the merciful peace of eternal rest. The Green-Wood Cemetery and Death of Classical present a large-scale, outdoor, candlelit performance of this piercingly beautiful work, performed by the extraordinary singers of Cantori New York. This performance is part of The Angel's Share series, which takes its name from the distiller’s term for whiskey that evaporates while maturing in the barrel, thus going to the angels. Accordingly, the live concert events will open with a spirits tasting, with distilleries including Appalachian Gap Distillery, Ume Plum Liqueur, and Flying Embers. 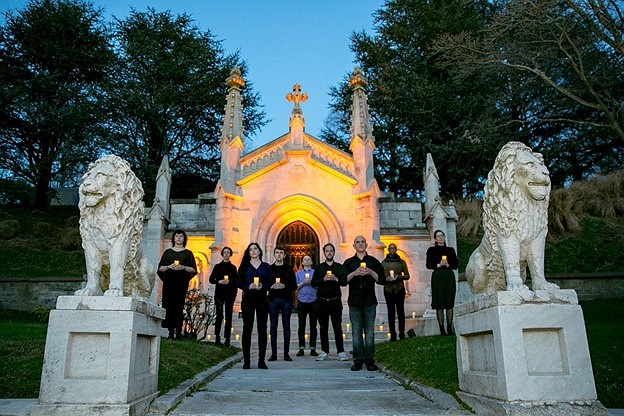