Come experience the magic of this holiday classic with its elegant Christmas Party Scene, the Battle of the Toy Soldiers and Giant Mice, the enchanting live Snow Storm, and the brilliant dancing in the Land of the Sweets...a story ballet that appeals to all ages!

Ohman's production is the largest Nutcracker on Long Island with added music, scenes, and dances, and is presented in the tradition of New York City Ballet's Lincoln Center version.  Guest artist DaVon Doane of the Dance Theatre of Harlem will appear as the Cavalier partnering NYDT's own Andrea Cillo as the Sugarplum Fairy.  Several artists from numerous New York City companies will also join Ohman's troup.  Maximillian Landegger, who performed the role of the young Prince for two years at Lincoln Center, will appear in the same role in Ohman's production this year.

In all, a cast of eighty children, pre-professional and professional dancers will bring this story of Clara and her Nutcracker Prince to life on the stage of the John Cranford Adams Playhouse. 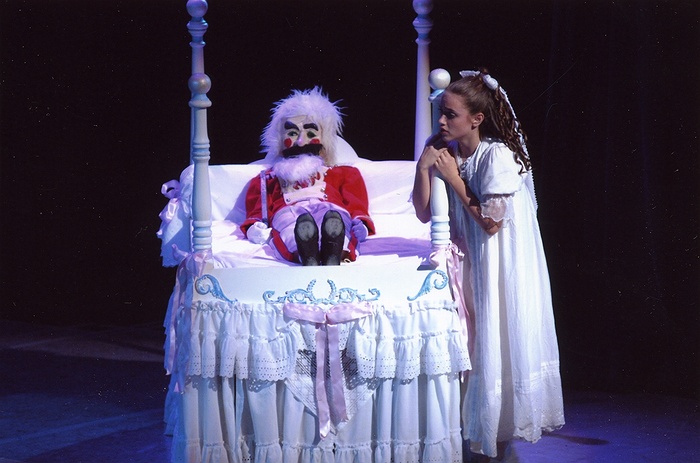