Allen has performed across the world, including  in Las Vegas where he performed as "Sir Elton John" in the longest running tribute show, "Legends in Concert,"  as well as starring as Sir Elton John as one half of "Piano Men," a tribute to Elton John and Billy Joel!

Watch and listen as Jeffrey Allen perfectly recreates some of Elton John's most memorable songs and performances!

For more information, or to purchase tickets, please visit Ticketfly,
or call Norman at 631-698-9696. 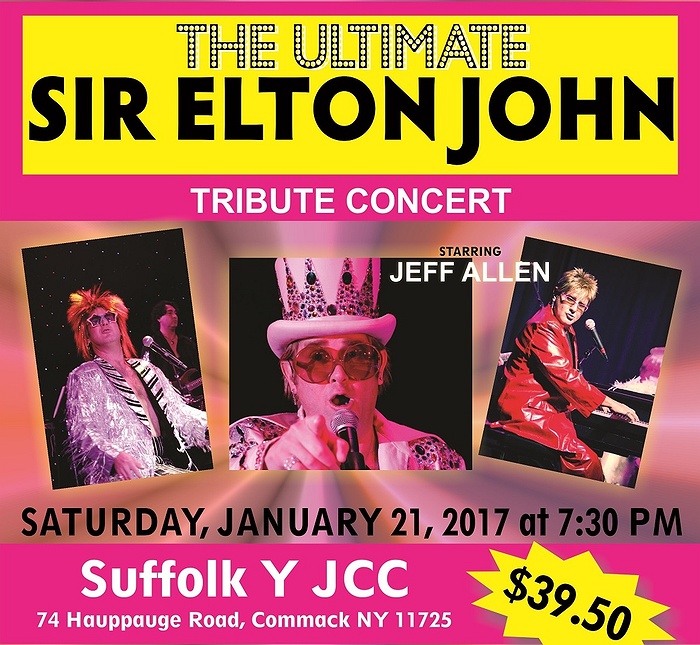