A comedy show featuring only performers over 50? It’s no joke folks, and it’s returning to the Gold Coast Arts Center on Thursday, July 25, 2019, at 8 p.m. in Great Neck.

David Weiss, a resident of Oakdale, is the winner of the 2017 Search for the Next 50+ Comedy Star competition. David is sharp, witty, and hilarious, and his unique brand of stand-up appeals to all audiences.

East Rockaway resident, Scott Schendlinger, a rising star in the world of comedy, comes to the 50+ Comedy Tour direct from the New York City comedy scene, where he’s a regular at top clubs like Stand Up NY, Caroline’s NYC, Gotham Comedy Club.

Rob Falcone, of Forest Hills, is a national headliner who has performed his schtick in Atlantic City, Las Vegas, the Catskills, and Foxwoods in Connecticut. HBO, Showtime.  Rob also performed on HBO and Showtime and is one of the most requested comedians on the 50+ Comedy Tour.  Last year he filmed his first live comedy special right here on Long Island.

In addition to the three funnymen headlining the 50+ Comedy Tour, there will be a surprise guest comedian, too! But, hey, if we told you who it was, it wouldn’t be a surprise!

Tickets to the 50+ Comedy Tour a$25 in advance or $30 at the door. The show will take place at the Gold Coast Arts Center at 113 Middle Neck Road in Great Neck, use the rear entrance at Maple Drive municipal parking lot.  Doors will open at 7:30 p.m., show starts at 8 p.m.  Refreshments will be available for sale.  For more information or to purchase tickets, please call 516-829-2570 or visit www.goldcoastarts.org. 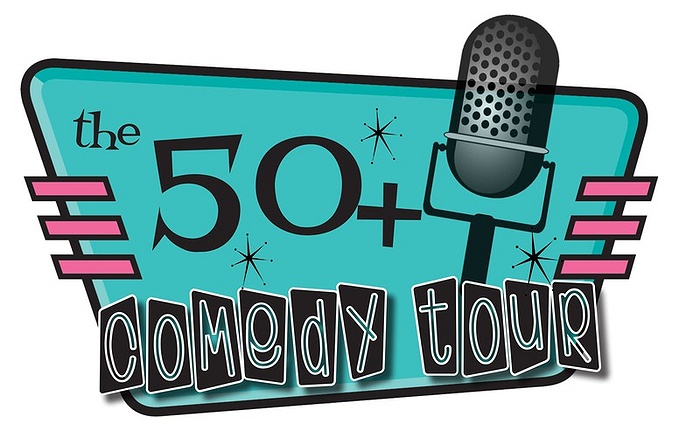