Commander Gary Glick will be giving the D’var Torah at the Veterans Shabbat Program on Saturday, November 9, at Congregation Shaaray Shalom, located at 711 Dogwood Ave, West Hempstead. Services begin at 9am and Commander Glick will be speaking at approximately 10:15 am

Gary Glick has spent the last 7 years striving to educate veterans about the Government benefits they are entitled to. Commander Glick stated that many Veterans are not aware of the financial benefits and opportunities that are available to them. He has spoken at Veteran’s groups to make them aware of the many things that they can get.

Nassau County has the second-largest number of veterans of any county in the country, approximately 50,000, according to the county Veterans Service Agency.

Please join us for this very special program. 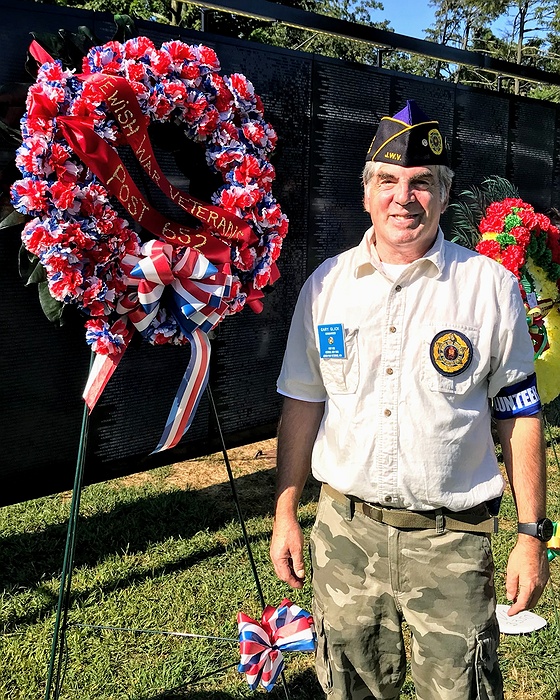