Presented by the Village of Great Neck Plaza, Tuesday nights throughout the summer will be filled with the sounds of expertly-played live music! Enjoy a packed concert series including performances by The McLean Avenue Band, Sugar & Spice, and more!

In the event of inclement weather, the Great Neck Senior Center (80 Grace Avenue) will be utilized as an indoor concert hall. To find out if a concert has been moved, contact Village Hall on the day of the concert, or call our voicemail after 4:45 P.M., at (516) 482-4500. 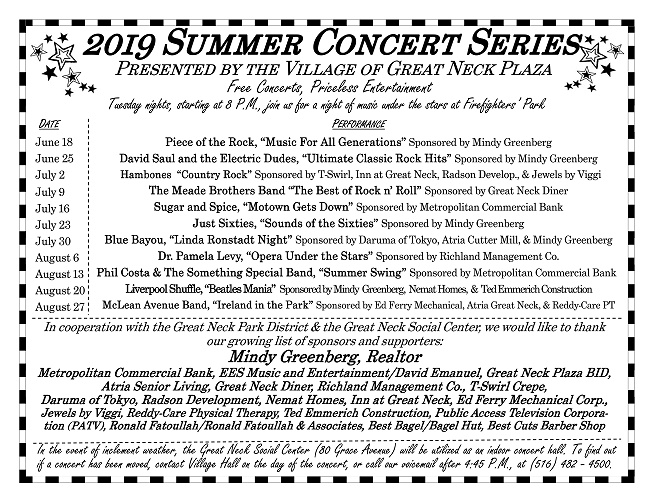