Do you miss live music as much as we do?! Join Operation Underground Railroad's New York volunteer team for a virtual concert on January 14, from 6:00 to 7:30 PM ET. Performers include Brynn Cartelli, Joanna Serenko, and David Clark.

The concert will be streamed live via Zoom. The Zoom link to the concert will be sent 48 hours prior to show time to the email you used to purchase your ticket. If you have any questions, please feel free to contact O.U.R. Downstate NY Events Committee Leader, Jenn Perrone, at nyli.events.ourrescue@gmail.com.

Brynn Cartelli: Brynn Cartelli was crowned the winner of NBC's The Voice Season 14 in 2018. At the age of 15, she became the youngest person in the show's history to win the competition. Cartelli was born and raised in Longmeadow, Massachusetts. She began playing piano when she was five years old and started taking voice and guitar lessons in middle school. Cartelli opened up for Kelly Clarkson, her The Voice coach, on her Meaning of Life Tour which began in January 2019. Check out Cartelli's blind audition that started it all!

Joanna Serenko: St. Louis' very own Joanna Serenko was a four-chair turn on NBC's The Voice Season 18. Serenko started her career singing at local St. Louis venues and later released a single called "Best of Me" in 2019. Serenko wowed The Voice judges with a rendition of "All My Loving" by The Beatles. Serenko was coached by Nick Jonas, John Legend, & Blake Shelton and landed in the Top 9 contestants. Listen to Serenko's rendition of "All My Loving" here.

David Clark: Songs In The Attic is a Billy Joel musical tribute band conceived and presented with a tremendous amount of detail by Long Island veteran singer/piano player David Clark. He continues to gain notoriety with stunningly accurate piano playing and lead vocals while engaging the audience with wit and humor. Learn more here.

100% of proceeds will go directly to Operation Underground Railroad, a non-profit organization that exists to save children from sex trafficking and sexual exploitation. To learn more about O.U.R. and our New York Long Island volunteer team, please visit freedomforallchildren.org. 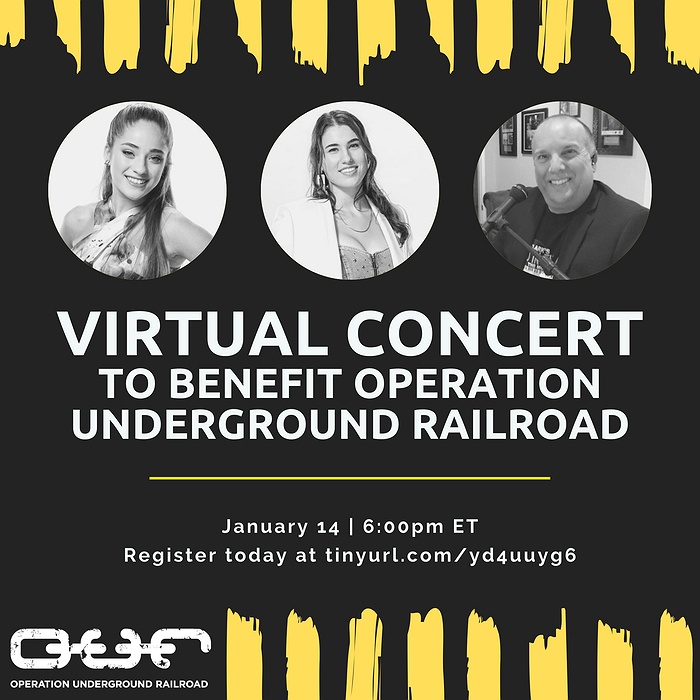