A Live-Re-creation of a 1960’s Doors Concert

Wild Child - Dave Brock's Doors Experience is the Los Angeles based act with over 20 solid years of world tour experience and has flourished in the competitive L.A. Music Scene. Faithfully re-creating a live Doors Concert on stage. The music is painstakingly reproduced and combined with the voice, look and essence of Jim Morrison live on stage (performed by lead singer Dave Brock). Wild Child tries to mirror the depth, energy and emotion of The Doors concerts as they were live back in the late 1960's. The Band also utilizes the same musical instruments live as The Doors did over 40 years ago. Wild Child performs internationally, playing to packed venues around the globe. 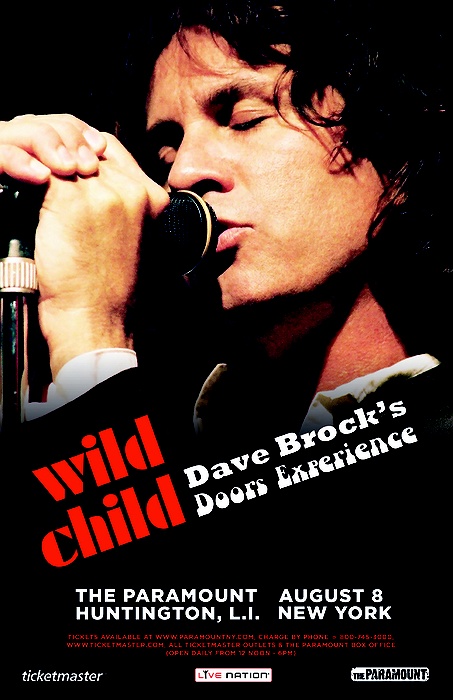