Show Description: Set in the newest “in” Manhattan restaurant, the play opens with an ethereal waiter preparing for the arrival of a party of four. Just as the two couples are about to enter, it magically begins to snow making the night perfect for a cozy after-theater supper. The two middle-aged couples, Marty and Terry, and Renee and Phil, old friends reuniting after three years, have just seen a new Broadway play. Shedding the formality of the theater, the four friends settle into the comfort of the restaurant, order cocktails and begin to reacquaint themselves. The years and distance separating them have changed them more than they thought. Discussing the play and playing catch-up leads to little arguments and major differences of opinion. More drinks are ordered and apologies ease the way into dinner over which are discussed sex, the wearing of fur, matters of health and problems with their children. Time and distance aside, these couples know each other very well and will always be close friends. A third couple, Emily and Matt, acquaintances of Marty and Terry, stop by the table to say hello. After introductions, they are convinced to stay for a nightcap even though Emily has already had too much to drink. The nightcap sends her over the edge, and when the recent tragic death of her son is brought up, the uncomfortable situation is made worse. Emily makes a drunken, public spectacle of herself, forcing Matt to all but carry her out of the restaurant. The ugliness of the moment is not lost on Marty, Terry, Renee and Phil, all of whom are deeply effected. Having shared painful secrets and made new discoveries about one another, the four put their disagreements and arguments behind them and forge ahead in friendship until next time. 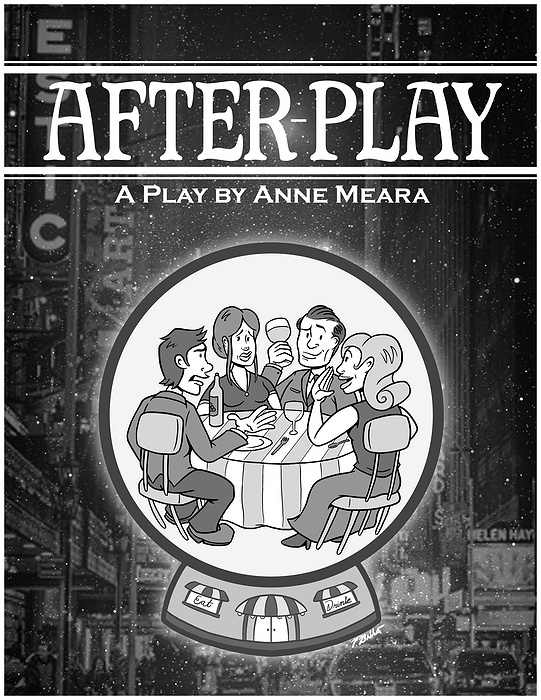