Tom’s music is a unique energetic blend of Christian Contemporary Pop & Worship with a little bit of rock edge.  His new single " KEEP FIGHTING " success of the single, Tom has since launched The " Keep has been a success.  Tom launched the "Keep Fighting Movement "  a website and media campaign to offer encouragement, prayer and resource for those seeking help.

Opening for Tom Golly is Bridge Band led by melodic guitarist Shawn Cooper.  The event is being held at New Life Church located at 816 Main Street; Farmingdale.  While the concert is free; a suggested donation of $10 can be offered at the door. 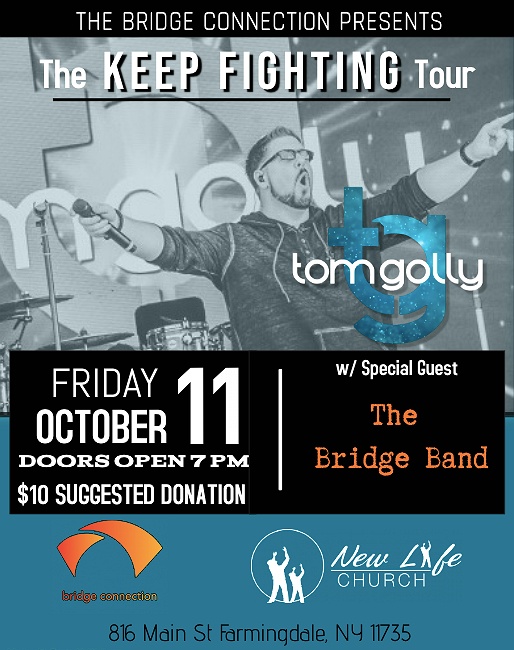