Once a year at Halloween, we unlock the doors to the Hempstead House mansion and welcome the spirits of those who once called the castle home. We dare you to come to what was once a home and then an orphanage during the 1940’s. The Castle became an orphanage after the owner’s death in 1936 where children were refugees from losing their parents in World War II. The orphanage had to be closed after 10 years of operation for mysterious disappearances and complaints about children being tortured.

Under 18 must be accompanied by an adult at all times. 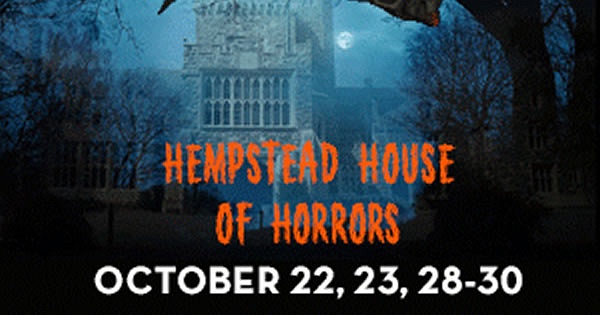