The holiday season is sysnonymous with giving back to those in need, and in the spirit of giving, Lessing's has rolled out three new #DoGood initiatives to benefit Island Harvest and help #SpreadTheCheer. A family-owned and operated hospitality company with over 125 years of history, Lessing's core culture is centered around tradition and family, and as such, their holiday campaigns historically have involved charitable initiatives.

On November 22, Lessing's kicks off their season of giving at the 11th Annual Bethpage Turkey Drive. The company will donate 100 turkeys to the Island Harvest Food Bank. Island Harvest is a hunger relief organization whose mission is "to end hunger and reduce food waste on Long Island," and Lessing's has continually supported their various campaigns over the last several years. This donation will directly benefit food pantries across the island.

For the month of December, Lessing's has announced two ongoing campaigns to further benefit Island Harvest. The company has partnered with Simple Vodka in another effort to provide meals to the hungry. Simple Vodka is sustainable produced in the U.S. and, for every bottle sold, the company donates 20 meals to various hunger relief organizations. This holiday season, Simple Vodka will donate 20 meals to Island Harvest for every bottle sold at a Lessing's restaurant, which include Finnegan's, Maxwell's, Mirabelle Restaurant and Tavern, Post Office Café, Sandbar, Southside Bar and Restaurant, and View.

For their second campaign, Lessing's has pledged to donate 10% of their Local Cheer sales to Island Harvest. Local Cheer is the company's own winter beer, brewed by their friends at Blue Point Brewing Company just in time for the holidays. You can find Local Cheer on draught this holiday season at any Lessing's restaurant, which includes Finnegan's, Hatch, Maxwell's, Mirabelle Restaurant and Tavern, Post Office Café, Sandbar, Southside Bar and Restaurant, and VIEW, as well as at several of their catering venues. 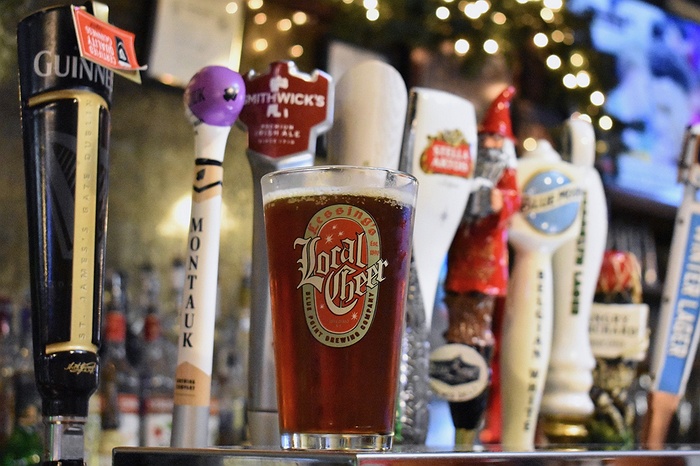