Literature Live! returns with an online theatrical production of Shakespeare’s classic tragedy Macbeth. This virtual production is adapted by Bay Street Theater Director of Education & Community Outreach, Allen O’Reilly, who also directs the show. The production is streaming now and will be available through December 5.

An in-depth talkback segment featuring the show’s creators and cast will take place following the premiere.

Set in 1963 Scotland, the Literature Live! adaptation of Shakespeare’s Macbeth introduces a modern retelling of the seminal tragedy with no alterations to the original compelling text. One part Macbeth and one part One Flew Over The Cuckoo’s Nest, this Literature Live! staging replaces the lofty setting of Castle Inverness for a chilling and sterile Sanitorium, within the confines of which the play’s dramatic scenes unfold.

The Literature Live! presentation of Macbeth will premiere on Tuesday, November 9, at 8 p.m. followed by a talkback between the shows creators and cast.

The production will be available for on-demand streaming—without the talkback—starting Tuesday, November 9, through Sunday, December 5. 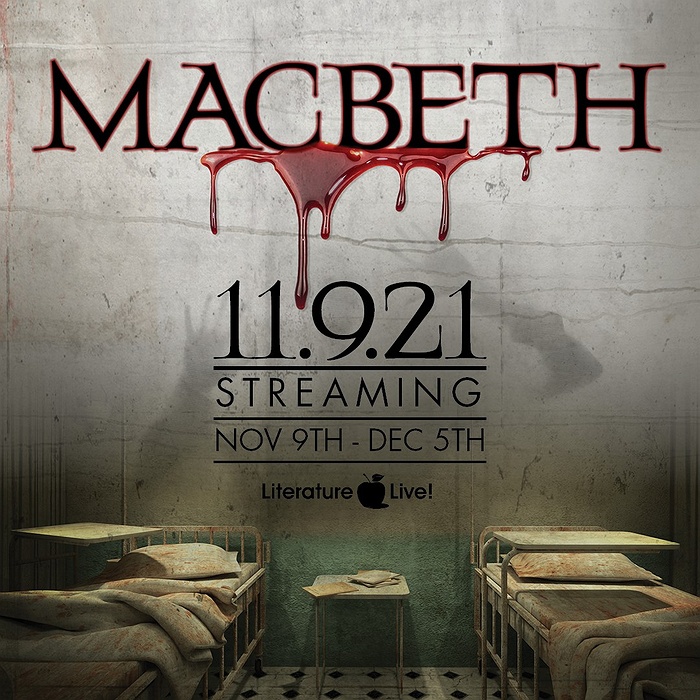