As part of its 2017 national concert tour, “The President’s Own” United States Marine Band will perform on Saturday, October 21, at 7:30 p.m., in the Half Hollow Hills High School East Eugene Orloff Auditorium in Dix Hills, NY. The concert, sponsored by the Half Hollow Hills Central School District, is the only performance by the Marine Band on Long Island and is free and open to the public.

Free tickets are available, with a limit of four per request, by visiting https://marineband.ticketleap.com/us-marine-band-national-tour-dix-hills-ny/. Seating is on a first-come, first-served basis. Ticket holders must be seated by 7:15 p.m.; non-ticket holders will be admitted at that time.

In the style of the band’s 17th director, John Philip Sousa, who initiated the concert tour tradition in 1891, Marine Band Director Lt. Col. Jason K. Fettig has chosen a diverse mix of programs from traditional band repertoire and Sousa marches to instrumental solos and a salute to the Armed Forces. 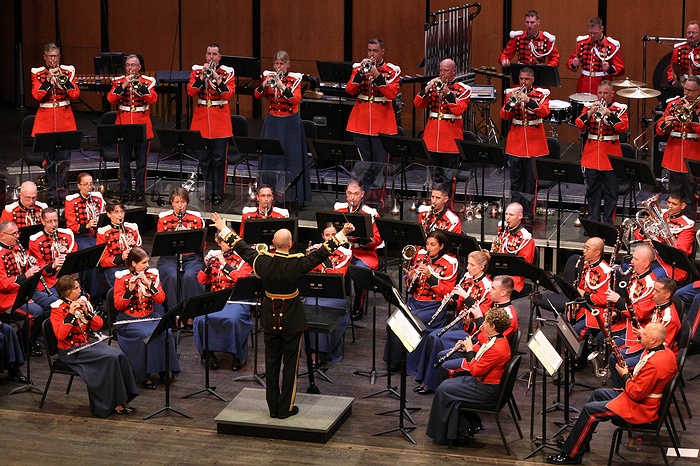